Scoreless Q1
Westmoreland drove it deep into Patriot territory, but the defense forced a turnover on downs.
Q2 Westmoreland drove it deep into Patriot territory again and the defense forced another turnover on downs.
Patriots having trouble moving the ball. A number of false starts making it difficult for the offense to get momentum. Aiden Cottar with a toss sweep for a 20 yard gain and the offense gets moving to end the second half. Half ends scoreless 0-0
Patriots started with the ball in the second half, but had to punt to the Eagles. Westmoreland marches down and took an 8-0 lead with 2:20 to play in the 3rd quarter. The Patriots offense responds with a drive of their own.  They cap off the drive with a QB keeper by Waggoner and a 2 point conversion! The score was knotted up at 8 a piece with 4:16 to play in Q4.
Westmoreland scores again with 1 minute to play. The Patriots final drive ends in a turnover on downs after Heritage cannot convert a 4th and 1 at the Westmoreland 30.
Final Score:
Eagles 16
Patriots 8 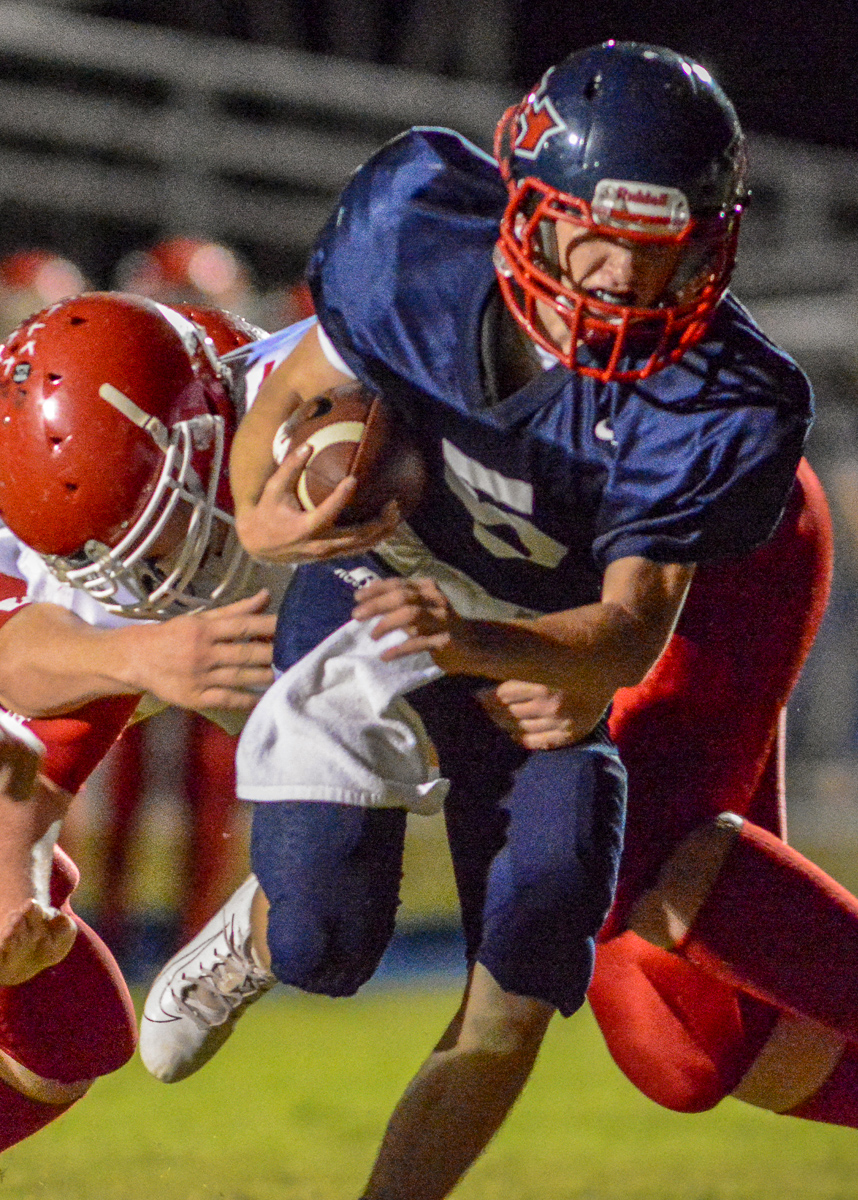