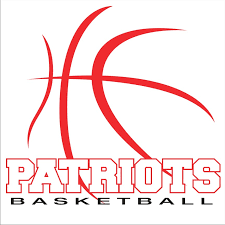 The Pearl-Cohn Firebirds pulled away from White House Heritage in the final two minutes Tuesday night to advance to the Region 5-AA championship game with a 65-52 victory. Both teams came ready to play from the tip. Neither team likes to play at a slow pace, so the ball was constantly moving.

Heritage head coach Carl Miller said his team played hard, and he was pleased to have a chance at the victory. They just did not have what it took Tuesday night.

“I was proud of my team’s effort,” Miller said. “We had a chance there, especially at the end. We cut it to two. I told them, I said, ‘They just made more plays than we did there at the end, and they hit their free throws.’ We didn’t hit our free throws.”

Miller’s message for his special group after the game was simple.

“I love them; that’s what I tell them,” Miller said. “I’m proud of them. These nine seniors… They’re just a tight-knit group. A class like that, especially in public education – they’ve been playing since the fifth and sixth grade – for them to stay as close friends as they are, and just to stick together, it’s just amazing for a school this size.”

The Patriots finish with a 21-5 record, claiming both the District 9-AA regular-season and tournament championships.

“I’m just proud of them,” Miller said. “They left their legacy. They got a regular-season district championship. They had a chance to advance to the sectionals which we haven’t been able to do since we were AA, and they put themselves in a position to win and just couldn’t finish, so nothing to really be ashamed of in my opinion.”