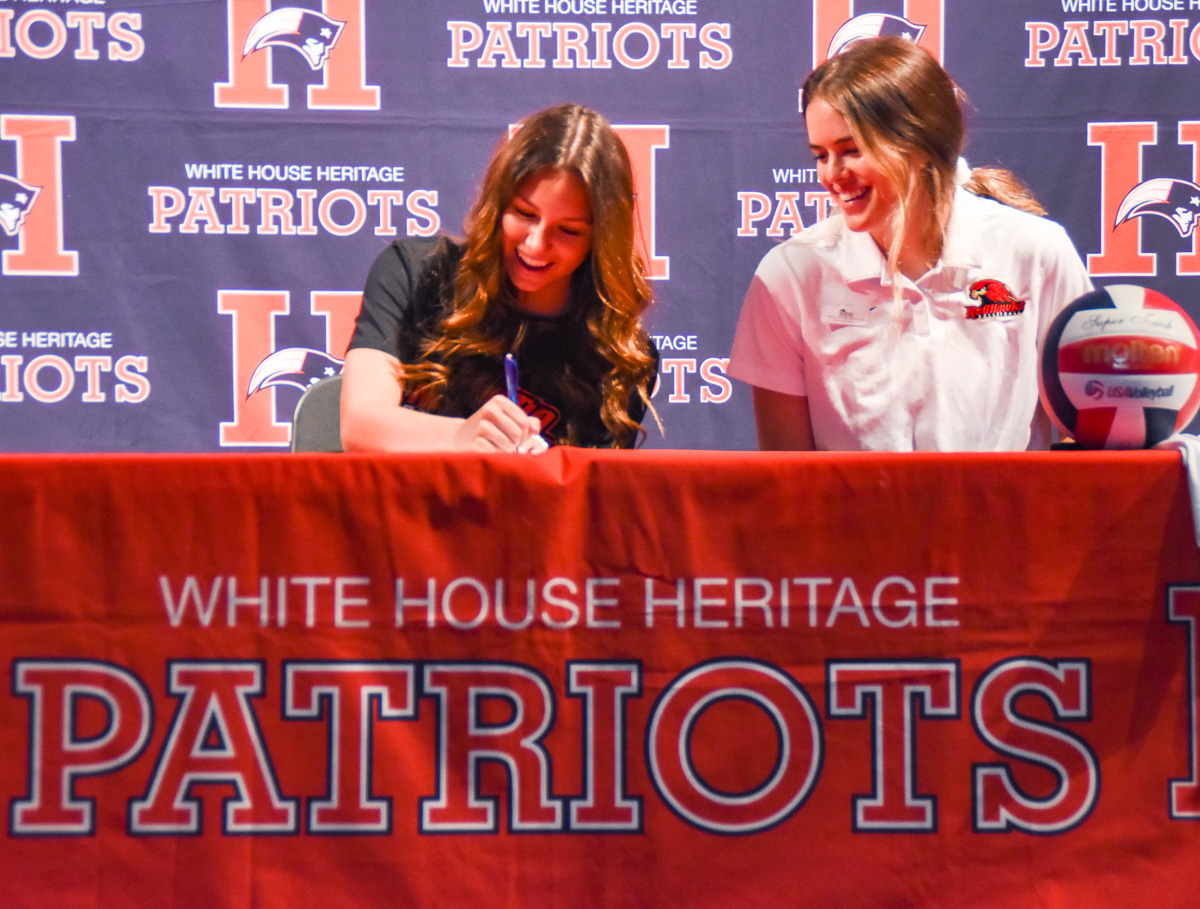 Shores was a dynamic outside hitter for the Patriots, landing on The Connection’s all-county team each of the past three seasons and earning Player of the Year in 2019.

Shores has been playing volleyball at Heritage since middle school. Current Heritage High School Brandon Niblock was her coach in seventh grade before he moved up the next year.

“Immediately, it was obvious that she had a lot of talent, just as a seventh grader,” Niblock said. “Everyone could look at her and think, ‘oh yeah, she’s going to be good.’ She was super raw, basically no technique. She’s athletic; she’s got long arms; you can tell she works hard.”

Niblock is also the Ethos North director, and although he was not allowed to coach her there, he credited other coaches for working with her and developing her game. Shores said playing at Ethos and in school has been a “safe space” and one of the best “escapes” for her.

“The programs that he has put on have been so amazing,” “I’ve felt so comfortable there, and honestly volleyball has been one of the biggest escapes for me throughout high school and stuff. Without volleyball I don’t know what I would have done, just because that’s just where I fit into.”

Niblock began calling her “Smash” one day in practice, and it stuck. That’s okay with her because she thinks it’s funny.

“He started calling me that in seventh grade because I was a hitter, and I could ‘smash’ a ball I guess, as he would say,” Shores said. “And my name’s Ashleigh. My nickname’s Ash. I guess he thought ‘Smash’ was a good fit.”

Shores decided to take time away from playing club this year and was debating whether she wanted to continue playing at the next level, but ultimately, she did not want to look back and wonder.

“After a few months of not playing club ball, I was like, ‘I know I could play at the next level, so I’m going to regret it if I don’t,’” Shores said. “I love volleyball, so I decided to try, and it worked. I’m really excited about it.

“I think it’s a good fit,” Shores said. “It’s only an hour and a half away from home, and they’re on the smaller side which is what I was looking for.”

Shores has grown up with Christian Community’s Jordan Martin who signed earlier this year to play at Johnson University. Now that both are moving on to different schools, it feels a little surreal.

Shores will graduate in the coming days from Heritage and will hopefully find a community at Martin Methodist that will continue to be a safe space and develop her further.